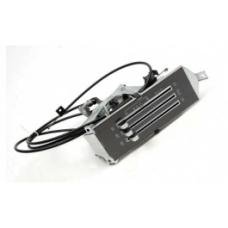 Description Vehicle Fitment Reviews (0) Product Q&A
Officially Licensed Reproduction Pre-Assembled Heater Control Ready To Install Comes With New Fan Speed Switch And Control Cables Nice New Clear Lens And Chrome Knobs Tired of your old worn out heater control? This new pre-assembled 1969, 1970, 1971, 1972, 1973, 1974, 1975, 1976 Nova Heater Control Assembly for cars without AC is your answer. Over time these Assemblies have several components that wear out or break. Some of those issues include broken levers, knobs, cracked or faded control lens, sticking of cables and levers, and electrical failure issues. So if your thinking about taking your old heater control assembly out to repair it why not go ahead and replace it? This way you don't have to worry about taking that dash apart but once.